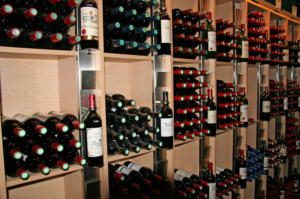 So here I’ve been, telling you all about what types of wine to get for which occasions, and I haven’t even bothered to talk about my favourite places to get the wine, for Heaven’s sake! That’s hardly any way to give anyone advice, to tell them what to do but not where to go to do it. Like telling someone to get plumbing work done, but not mentioning the best commercial plumbing contractors Kansas City MO has to offer. Hardly a good way to give advice. So, as you can imagine, I’ve decided to give you a run down of some of the places to buy wine. Granted, you probably know about most of these places, depending on where you live, but here’s my opinion about the various vendors, anyway.

Also, before I start, I should point out that the stores and types of stores I’m going to mention are only those I’ve actually been to frequently, so they’ll be limited to those found in Ontario and Québec. So, anyway, I’ll start with the most obvious one – at least for those who live in Ontario – which is the LCBO. Realistically, this is the place you will most likely go if you need wine. It’s legit, the prices are pretty much what you’d expect, and they’ve got a really good selection. I mean, they’d better. They pretty much have one job. And on top of that, they also carry beer and liquor and stuff, so it’s a good one-stop-shop.

I also, however, really like the Wine Rack. Is this partially because the one I walk by all the time very often offers free samples? I mean, that helps, sure, yeah. But it’s also because I find the employees generally more energetic and friendly. And sometimes they’ll have really good deals! Like they’ll have two bottles on for 20 or 22 dollars or something like that, and then I’m like “eh … why not.” I rarely actually need the two bottles right away, but it’s always nice to have some waiting in the wings, just in case you have company (or, like, a Wednesday night …).

In keeping with the good energy of the Wine Rack, they’re actually available to talk to you in there about the products they have, which is really nice. On guy was nice-enough to admit to me that a little section of the store was fondly known by the employees as the Crap Corner, or something along those lines, because the wine in that section was so terrible. Obviously, I remain grateful for that to this day.

And finally, I’m going to take a little bit of time for Québec. Buying wine is Québec is excellent. Not only do they carry it at Costco (yup), they have it in convenience stores (or, dépanneurs). Costco, you’ll find it cheap, dépanneurs – let’s be real – you won’t. But nothing’s cheap at a convenience store! You’re paying for the convenience! And convenient it certainly is. Is it 10:30pm and you find yourself without enough wine for the evening? Not a problem. There’s very likely a dépanneurs within walking distance, so as long as you haul yourself over there before 11:00, you’ll be good to go.